- "Nicknamed The Redhead, Eaton took over presidency of her husband's company..." https://en.wikipedia.org/wiki/Aileen_Eaton

- "Wrote Times columnist Jim Murray in a 1980 tribute to her fighting spirit after she had undergone heart surgery: "Red-haired, blue-eyed, pound for pound she was as tough as any welterweight who ever came down the aisle." http://articles.latimes.com/…/sp-14600_1_southern-californi… 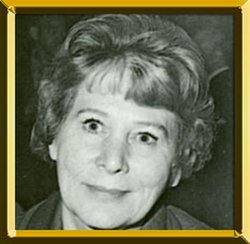