- "But Shari Lewis looked just as she did in 1967, except she'd had her red hair permed." https://www.washingtonpost.com/…/style/daily/sharilewis2.htm

- "Starring the effervescent and multitalented Ms. Lewis with her flaming red hair..." http://thestarryeye.typepad.com/kidstv/…/09/shari-lewis.html 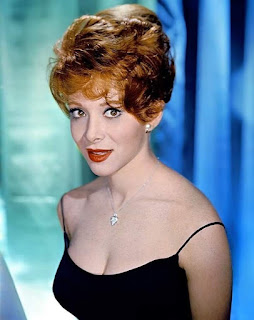