Sterling Price Holloway Jr. (1905 – 1992). American character actor and voice actor who appeared in over 100 films and 40 television shows. He was also a voice actor for The Walt Disney Company, well known for his distinctive tenor voice, and served as the original voice of the title character in Walt Disney's Winnie the Pooh.

- "He was skinny, with a big parrot beak of a nose, extremely bushy eyebrows, lips like a couple of earthworms, and a tousled mop of hair you could tell was red even in a black and white movie." https://travsd.wordpress.com/…/a-sterling-career-60-years-…/


- "His bushy reddish-blond hair and trademark near-falsetto voice made him a natural for sound pictures..." https://www.imdb.com/name/nm0001359/bio 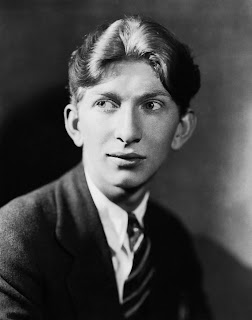