Vivian Stanshall (born Victor Anthony Stanshall; 1943 – 1995). English singer-songwriter, musician, author, poet and wit, best known for his work with the Bonzo Dog Doo-Dah Band, for his exploration of the British upper classes in Sir Henry at Rawlinson End (as a radio series for John Peel, as an audio recording, as a book and as a film), and for acting as Master of Ceremonies on Mike Oldfield's album Tubular Bells.

- "Tall and with a shock of red hair, he liked to wear loud check suits topped off with a large pair of rubber ears." https://www.telegraph.co.uk/…/…/How-he-went-to-the-dogs.html 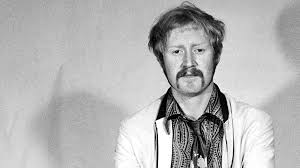