Gustav II Adolf (1594 – 1632), widely known in English by his Latinised name Gustavus Adolphus or as Gustav II Adolph. King of Sweden from 1611 to 1632 who is credited for the founding of Sweden as a great power. He led Sweden to military supremacy during the Thirty Years' War, helping to determine the political as well as the religious balance of power in Europe. He was formally and posthumously given the name Gustavus Adolphus the Great by the Riksdag of the Estates in 1634.
He is often regarded as one of the greatest military commanders of all time, with innovative use of combined arms.

- "Perhaps a lot more people would be speaking Swedish today if the Northern Lion, as Gustav II Adolf was called because of his red hair, had not become a victim of his myopia." https://books.google.it/books

- "Gustavus Adolphus was described as lofty stature at the age of 17. With an immense appearance, his hair was golden in color and beard seemed to be reddish." https://prabook.com/web/gustavus.adolphus/1344117 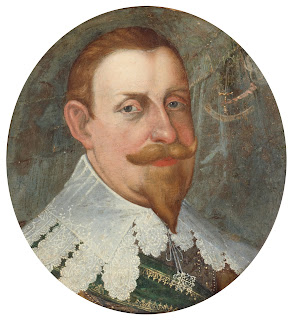 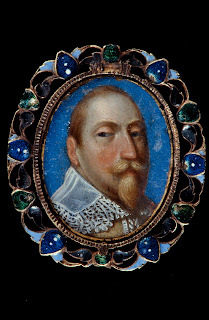 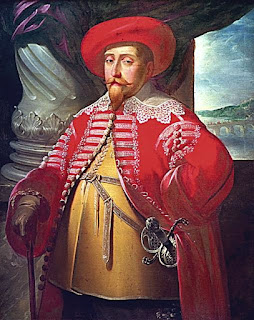 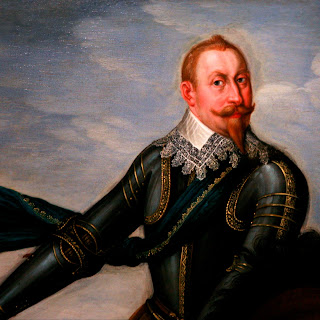 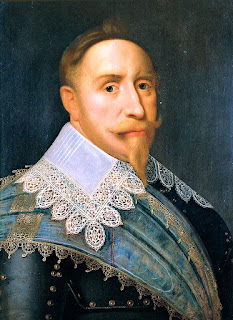