Gustav I, born Gustav Eriksson of the Vasa noble family and later known as Gustav Vasa (1496 – 1560). King of Sweden from 1523 until his death, previously self-recognised Protector of the Realm (Riksföreståndare) from 1521, during the ongoing Swedish War of Liberation against King Christian II of Denmark, Norway and Sweden. Initially of low standing, Gustav rose to lead the rebel movement following the Stockholm Bloodbath, in which his father perished. Gustav's election as King on 6 June 1523 and his triumphant entry into Stockholm eleven days later marked Sweden's final secession from the Kalmar Union.
Gustav I has subsequently been labelled the founder of modern Sweden, and the "father of the nation". He founded one of the now oldest orchestras of the world, the Kungliga Hovkapellet (Royal Court Orchestra).

At the moment we have only portraits for him. 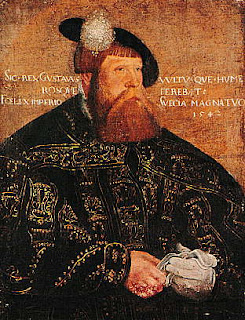 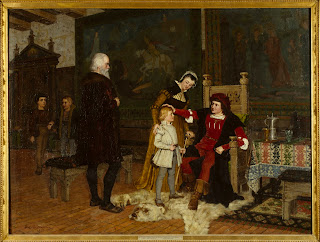 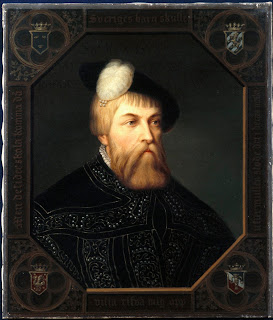 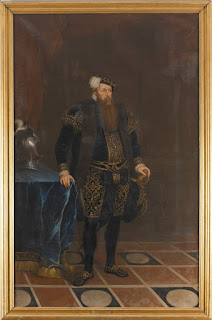