Amaryllis Marie-Louise Fleming (1925 – 1999). British cello performer and teacher. She was the illegitimate daughter of the painter Augustus John by his mistress Eve Fleming, mother of the writers Peter Fleming and Ian Fleming by her late husband.
Her career was overshadowed by the rise of Jacqueline du Pré in the 1960s and she concentrated on chamber music, being especially known for the Fleming Trio with pianist Bernard Roberts and violinist Manoug Parikian.
She also became a pioneer of baroque cello music and "ground-breakingly, she became the first person this century to play Bach's Sixth suite in the manner its composer had intended."


- "Dressed in a khaki camouflage shirt and jersey trousers, her flame-red hair, inherited from John, now tinged with grey, framing her face." https://www.telegraph.co.uk/…/An-extraordinary-life-among-u…

- "Not only had Amaryllis inherited John's red hair but she looked astonishingly like her mother." https://www.independent.co.uk/…/obituary-amaryllis-fleming-… 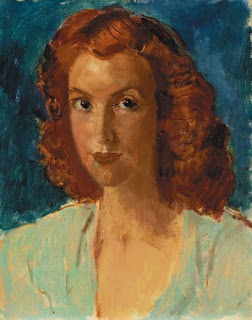 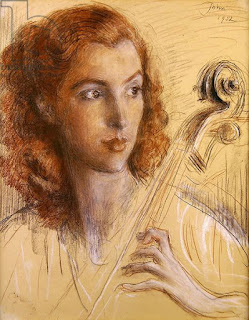