Eugene Ormandy (born Jenő Blau; 1899 – 1985). Hungarian-American conductor and violinist, best known for his association with the Philadelphia Orchestra, as its music director. His 44-year association with the orchestra is one of the longest enjoyed by any conductor with a single orchestra. Under his baton, the Philadelphia Orchestra had three gold records and won two Grammy Awards.

- "Instead, they watched with amazement as a diminutive, very young-looking conductor with reddish hair, unknown to most of them, ascended the podium."  https://books.google.it/books… 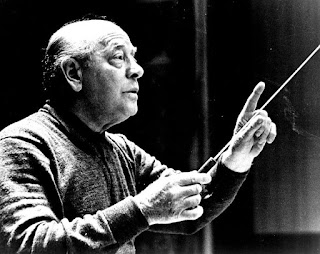