Margaret Caroline Anderson (1886 – 1973). American founder, editor and publisher of the art and literary magazine The Little Review, which published a collection of modern American, English and Irish writers between 1914 and 1929. The periodical is most noted for introducing many prominent American and British writers of the 20th century, such as Ezra Pound and T. S. Eliot in the United States, and publishing the first thirteen chapters of James Joyce's then-unpublished novel, Ulysses.
A large collection of her papers on Gurdjieff's teaching is now preserved at Beinecke Rare Book and Manuscript Library, Yale University. 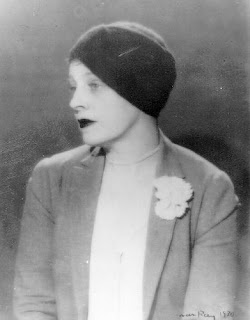