Julien Michel Leiris (1901 – 1990). French surrealist writer and ethnographer.
In 1961, Leiris was made head of research in ethnography at the C.N.R.S. (Centre national de la recherche scientifique) and published numerous critical texts on artists he admired, including Francis Bacon, a close friend for whom he had modeled. Considered a leading figure in 20th century French literature, Michel Leiris left a considerable number of works, as diverse as they are numerous: autobiographical works, art criticism, music criticism and scientific contributions.
With Jean Jamin, Leiris founded Gradhiva, a journal of anthropology in 1986. The journal is now the journal of anthropology and museology of the Musée du quai Branly (Paris, France).
Leiris was also a talented poet, and poetry was important in his approach to the world.


- "I have my auburn hair cut short to keep it from curling..."  https://books.google.it/books… 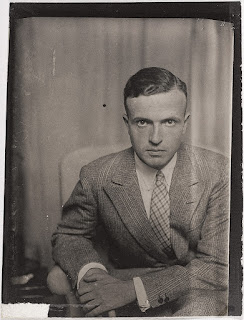