Margaret Elizabeth Cousins, née Gillespie, also known as Gretta Cousins (1878 – 1954). Irish-Indian educationist, suffragist and Theosophist, who established All India Women's Conference (AIWC) in 1927. She was the wife of poet and literary critic James Cousins, with whom she moved to India in 1915. She is credited with composing the tune for the Indian National Anthem Jana Gana Mana in February 1919, during Rabindranath Tagore's visit to the Madanapalle College.

- "During the same era another red-haired Irish woman, the first one of this quintet who was a self-declared feminist..."  https://books.google.it/books… 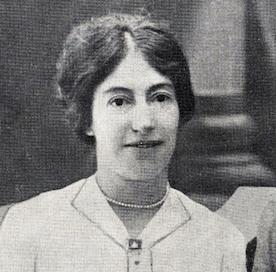