Renée Dahon (1893–1969). French actress.
Following an eight-year-long affair, in 1919 Dahon married playwright Maurice Maeterlinck. In 1940, Maeterlinck and Dahon were forced to flee their home in Paris with her parents due to the advance of the Germans. After the war, they were able to return to their home "Orlamonde" in Nice in 1947.
Renée Dahon was a popular actress in Paris. She became known at age 18 for her role as Tyltyl in The Blue Bird. Georgette Leblanc, Maurice Maeterlinck's then-partner, selected and coached her for the role. She also acted in several films.

- "His wife Renee, a beautiful red haired actress, stood next to Maurice, clutching the cage with their beloved blue birds."  https://windowstoworldhistory.weebly.com/maurice-maeterlinc… 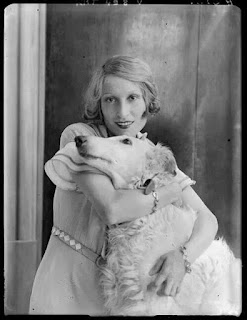 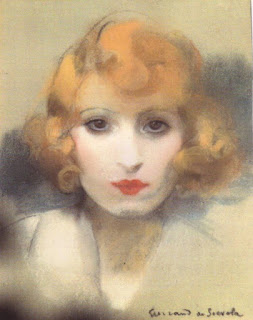