Mary Francis Butts, (1890 – 1937) also Mary Rodker by marriage. English modernist writer. Her work found recognition in literary magazines such as The Bookman and The Little Review, as well as from fellow modernists, T. S. Eliot, H.D. and Bryher. After her death, her works fell into obscurity until they began to be republished in the 1980s.
She graduated from the London School of Economics in 1914 and later she became a student of the occultist Aleister Crowley. She and other students worked with Crowley on his Magick (Book 4) (1912) and were given co-authorship credit.
In mid-1921 she spent about twelve weeks at Aleister Crowley's Abbey of Thelema in Sicily; she found the practices there shocking, and came away with a drug habit. In 1922 and 1923 she spent periods near Tyneham, Dorset, and her novels of the 1920s make much of the Dorset landscape. In 1923 her book of stories, Speed the Plough and other stories was published; which was followed in 1925 by her first novel, Ashe of Rings, an anti-war novel with supernatural elements.
Butts was an ardent advocate of nature conservation, and attacked the pollution of the English countryside in her pamphlets Warning To Hikers and Traps For Unbelievers.


- "With her pale skin and red hair (which Butts called scarlet) she then pursued a wildly bohemian life..."  https://books.google.it/books…

- "Mary was a tall, lovely and outgoing woman with carrot-red hair..."  https://books.google.it/books…

- "Aleister Crowley described her as a 'large, red-haired maggot' (or words to that effect)".  https://books.google.it/books…

- "Harold Acton’s Memoirs of an Aesthete (1948) details ‘the fringe of the Montparnasse bars’ where ‘a few talented story-tellers’ were ‘running to seed, like poor, generous red-haired Mary Butts’."  https://popocculture.stir.ac.uk/2016/08/10/andrewradford/ 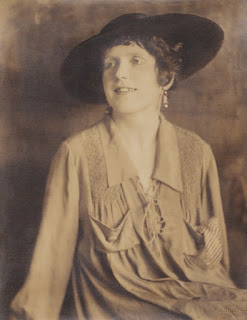