Martin van Buren (born Maarten van Buren, 1782 - 1862). American lawyer and statesman who served as the eighth president of the United States from 1837 to 1841. A co- founder of the Democratic Party (along with Andrew Jackson), he had previously served as the ninth governor of New York, the tenth United States secretary of state, and the eighth vice president of the United States. He won the 1836 presidential election with the endorsement of popular outgoing President Andrew Jackson and the organizational strength of the Democratic Party.

Van Buren was born in Kinderhook, New York, where most residents were of Dutch descent and spoke Dutch as their primary language. He was the first president to have been born after the American Revolution—in which his father served as a patriot—and is the only president to have spoken English as a second language.

- "He was known as “The Red Fox of Kinderhook” for his red hair"
http://www.loc.gov/wiseguide/dec11/fox.html 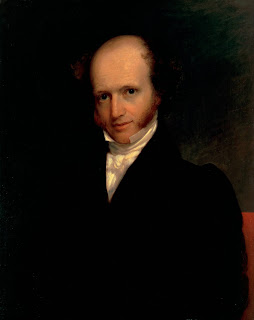