Sir David Wilkie (1785 – 1841). Scottish painter, especially known for his genre scenes. He painted successfully in a wide variety of genres, including historical scenes, portraits, including formal royal ones, and scenes from his travels to Europe and the Middle East. His main base was in London, but he died and was buried at sea, off Gibraltar, returning from his first trip to the Middle East. He was sometimes known as the "people's painter".
He was Principal Painter in Ordinary to King William IV and Queen Victoria. Apart from royal portraits, his best-known painting today is probably The Chelsea Pensioners reading the Waterloo Dispatch of 1822 in Apsley House. 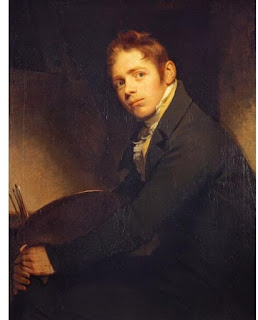 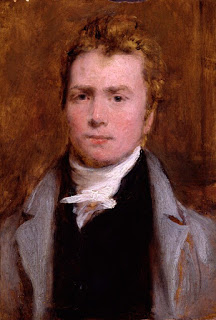 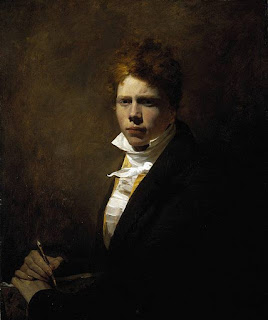