- "Patrick Henry was tall but rather stooped and, early in life, had red hair." https://books.google.it/books…

- "He wore spectacles, concealed his reddish-brown hair by a brown wig, not too well-fitting." https://www.sheilaomalley.com/?p=3053


- "None said it better than the fiery red-haired Patrick Henry when he stood in a Virgina Hall and shouted 'Give me liberty or give me death'." https://books.google.it/books… 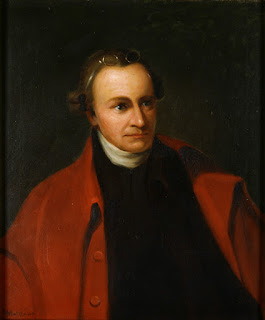