Robert Edward "Rufus" Bowen (1947 – 1978). Professor in the Department of Mathematics at the University of California, Berkeley, who specialized in dynamical systems theory. The Bowen Lectures at the University of California, Berkeley, are given in his honor.
During his first three years of high school, he finished 102nd, 7th, and 2nd among Californians in the MAA (Mathematical Association of America) mathematics test. In 1964, he finished 2nd in the Westinghouse Science Talent Search in Washington, D.C. During his senior year in high school, his first published paper appeared in the American Mathematical Monthly.
As an undergraduate at the University of California, Berkeley, Bowen was a Putnam Fellow in 1964 and 1965. He earned his bachelor's degree from Berkeley where he received, on 15 June 1967, the University Medal as the most distinguished graduating senior. He also received the Dorothea Klumpke Roberts Prize (as top mathematics student) and the Mathematics Department Citation.
In 1970, Bowen completed his doctorate in Mathematics at Berkeley under Stephen Smale, and joined the faculty as assistant professor in that year. He was an invited speaker at the 1974 International Congress of Mathematicians in Vancouver, British Columbia. He was promoted to full professorship in 1977.
Bowen was just 31 years old when he died in Santa Rosa of a cerebral hemorrhage.


- "At this time he began calling himself Rufus, the nickname he had been given because of his red hair and beard."  https://en.wikipedia.org/wiki/Rufus_Bowen 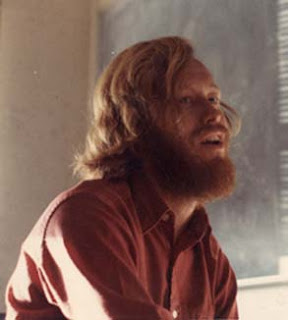