Anzia Yezierska (1880 - 1970). Polish-American novelist.
Yezierska wrote about the struggles of Jewish and later Puerto Rican immigrants in New York's Lower East Side. In her fifty-year writing career, she explored the cost of acculturation and assimilation among immigrants. Her stories provide insight into the meaning of liberation for immigrants—particularly Jewish immigrant women. Many of her works of fiction can be labeled semi-autobiographical. In her writing, she drew from her life growing up as an immigrant in New York's Lower East Side. Her works feature elements of realism with attention to detail; she often has characters express themselves in Yiddish-English dialect. Her sentimentalism and highly idealized characters have prompted some critics to classify her works as romantic.


- "They were very different- he the cold New Englander, she the passionate and exotic Polish Jew with flaming red hair."  https://books.google.it/books…

- "Dewey read and was impressed by her work, and became enamored with his red-headed, passionate young student."  https://books.google.it/books…

- "Burning-eyed and red-haired, she cornered him in his office..."  https://books.google.it/books…

- "... which turned out to be evidence of the improbable passionate affair between the American philosopher and the red-haired immigrant."  http://americanjewisharchives.org/…/1990_42_02_00_reviews.p…

- "She was a beautiful young woman with blue eyes, red hair and lovely complexion..."  https://books.google.it/books… 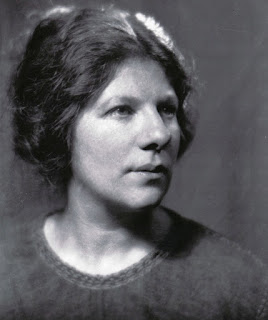