Daniel Joseph "Rusty" Staub (1944 – 2018). American professional baseball right fielder, designated hitter, and first baseman. He played in Major League Baseball for 23 years with five teams. He was an original member of the Montreal Expos and the team's first star; though the Expos traded him after only three years, his enduring popularity led them to retire his number in 1993.

- "Embraced by French Canadians because he learned their language, he was nicknamed "Le Grand Orange" for his red hair (his more common nickname of "Rusty" has the same origin)."  https://en.wikipedia.org/wiki/Rusty_Staub 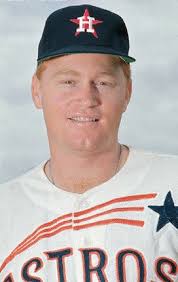