Oliver Heaviside (1850 – 1925). English self-taught electrical engineer, mathematician, and physicist who adapted complex numbers to the study of electrical circuits, invented mathematical techniques for the solution of differential equations, reformulated Maxwell's field equations in terms of electric and magnetic forces and energy flux, and independently co-formulated vector analysis. Although at odds with the scientific establishment for most of his life, Heaviside changed the face of telecommunications, mathematics, and science for years to come.
In 1891 the British Royal Society recognized Heaviside's contributions to the mathematical description of electromagnetic phenomena by naming him a Fellow of the Royal Society, and the following year devoting more than fifty pages of the Philosophical Transactions of the Society to his vector methods and electromagnetic theory. In 1905 Heaviside was given an honorary doctorate by the University of Göttingen.


- "He was a short and red-headed child, and suffered from scarlet fever when young, which left him with a hearing impairment."  https://en.wikipedia.org/wiki/Oliver_Heaviside

- "... I knew little of him, except he was deaf, and had bright red hair and piercing eyes which frightened children."  http://www-history.mcs.st-andrews.ac.uk/Extr…/Heaviside.html

- "... the red-haired, diminutive Heaviside was one of four sons of a wood engraver and water color artist named Thomas Heaviside."  https://www.aps.org/publications/…/201002/physicshistory.cfm 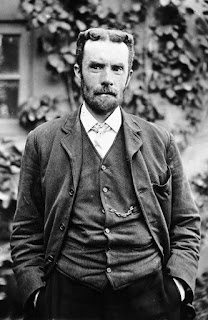