- "Schoendienst grew up in a small town as one of seven brothers, all of whom had brilliant red hair."  https://books.google.it/


- "With his curly red hair and freckles, Mr. Schoendienst was soon known only as “Red."  https://news.stlpublicradio.org/…/obituary-consummate-cardi…

- "“They made me better looking,” the red-haired Schoendienst joked when the statue was unveiled in 1999."  https://nypost.com/…/legendary-cardinal-red-schoendienst-d…/ 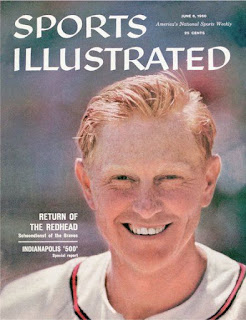