Abd-ar-Rahman I (731 - 788). Founder of a Muslim dynasty that ruled the greater part of Iberia for nearly three centuries (including the succeeding Caliphate of Córdoba). Abd al-Rahman was a member of the Umayyad dynasty in Damascus, and his establishment of a government in Iberia represented a break with the Abbasids, who had overthrown the Umayyads in 750.
He was also known by the surnames al-Dakhil ("the Entrant"), Saqr Quraish ("the Falcon of the Quraysh") and the "Falcon of Andalus". Variations of the spelling of his name include Abd ar-Rahman I, Abdul Rahman I, Abdar Rahman I, and Abderraman I.


"His mother was a Christian Berber slave, and from her he inherited red hair." 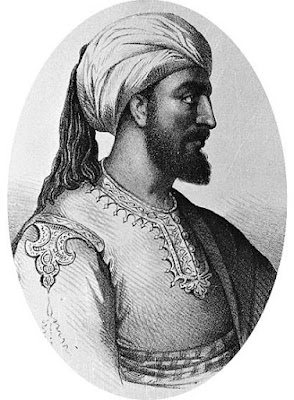