Tamerlane, or Amir Timur (1336 - 1405). Famed Turco-Mongol conqueror. As the founder of the Timurid Empire in Persia and Central Asia he became the first ruler in the Timurid dynasty.


"..they found the body inside to be of a man of above average stature, around 5'10" tall, broad shouldered, lame on the right side, with, oddly enough, a hank of red hair still attached to his desiccated skull." 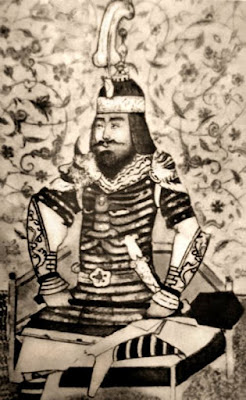