Rupert Chawner Brooke (1887 – 1915). English poet known for his idealistic war sonnets written during the First World War, especially "The Soldier". He was also known for his boyish good looks, which were said to have prompted the Irish poet W. B. Yeats to describe him as "the handsomest young man in England".

"His auburn hair rippled back from the central parting, careless but perfect."


"He was just under six feet tall, had small ears, a long neck, a mix of auburn, blond and golden-brown hair" 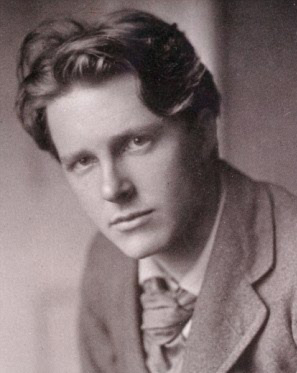