Vice Admiral Horatio Nelson, 1st Viscount Nelson, 1st Duke of Bronté, KB (1758 – 1805). British flag officer in the Royal Navy. He was noted for his inspirational leadership, grasp of strategy, and unconventional tactics, which together resulted in a number of decisive British naval victories, particularly during the Napoleonic Wars. He was wounded several times in combat, losing the sight in one eye in Corsica and most of one arm in the unsuccessful attempt to conquer Santa Cruz de Tenerife. He was shot and killed during his final victory at the Battle of Trafalgar near the port city of Cádiz in 1805. Father of Horatia Nelson. His mistress was Lady Emma Hamilton.

This is the only mention of Nelson as a redhead we could find:

“Portrait by Lemuel Abbott.
This was painted just after Nelson lost his arm. It shows him thin and with a drawn face as he is dealing with the constant intense pain. His hair had turned white with the shock of his wound (in later years it grew out to his natural auburn-grey). However this painting has been criticised for smoothing Nelson's features and making him look a little younger and prettier.” http://www.admiralnelson.info/Portraits.htm


However, in some of his portraits (especially those of him as a child) his hair does seem a bit reddish. 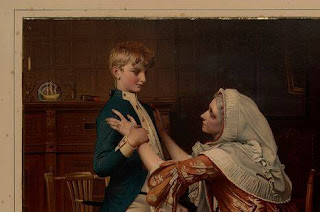 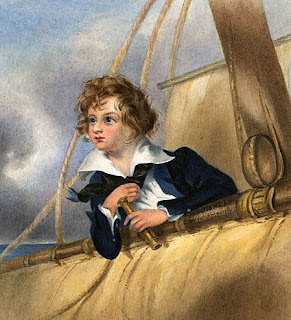 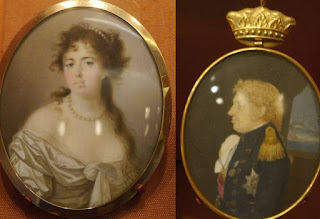