- "Henry grew to a short but stocky man with red-brown hair, a red beard and brown eyes. Courageous and energetic, in common with many of the Plantagenet family, he was fond of music and song." http://www.englishmonarchs.co.uk/plantagenet_9.htm 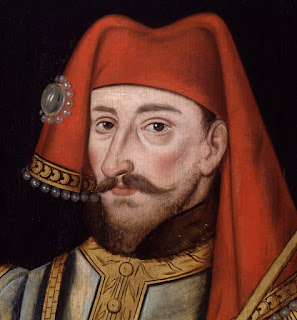