Gary Thomas Rowe Jr. (1933 - 1998), known in Witness Protection as Thomas Neil Moore. American paid informant and agent provocateur for the FBI. As an informant, he infiltrated the Ku Klux Klan to monitor and disrupt it, and incited violence as part of the FBI's COINTELPRO project. Rowe was accused of participating in and helping to plan violent Klan activity against African Americans and civil rights groups.
From 1965 until his death, Rowe was a figure of recurring controversy after he testified against fellow Klansmen who were accused of killing Viola Gregg Liuzzo, a civil rights volunteer. He was accused of being an accessory to the murder. Other violent acts that he was accused of, and at times admitted to planning and perpetrating, include the attack on the Freedom Riders and the 16th Street Baptist Church bombing. He was given immunity by the FBI and he was never convicted of any wrongdoing. Rowe confirmed many of these accusations in his 1976 autobiography, My Undercover Years with the Ku Klux Klan, and in confession and testimony given to the United States Senate.

- "Before red-haired Gary Thomas Rowe Jr. takes the witness stand, however, state and defense attorneys must pick a jury of 12 men..."  https://newspaperarchive.com/gettysburg-times-sep-27-1966-…/ 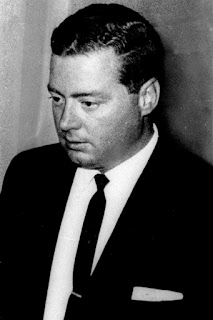