Frances Wright (1795 – 1852), widely known as Fanny Wright. Scottish-born lecturer, writer, freethinker, feminist, abolitionist, and social reformer, who became a US citizen in 1825. The same year, she founded the Nashoba Commune in Tennessee, as a utopian community to demonstrate how to prepare slaves for eventual emancipation, but the project lasted only five years. In the late 1820s Wright was the first woman lecturer to speak publicly before gatherings of men and women in the United States about political and social-reform issues. Her public lectures in the United States led to the establishment of Fanny Wright societies and her association with the Working Men's Party, organized in New York City in 1829, became so strong that its opponents called the party’s slate of candidates the Fanny Wright ticket.
Wright also wrote about political and social reforms, which included Views of Society and Manners in America (1821), a memoir of her travels that provides her observations of early democratic political and social institutions in the United States. She also outlined her position on emancipation in A Plan for the Gradual Abolition of Slavery in the United States Without Danger of Loss to the Citizens of the South (1825).

- "Critics called her ‘The Great Red Harlot’ on account of her red hair, inappropriate style of dress..."  https://www.scotsman.com/…/unc…/frances-wright-lady-liberty/ 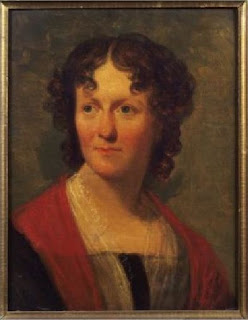