Elisabeth Bergner (1897 – 1986). Austrian-British actress. Primarily a stage actress, her career flourished in Berlin and Paris, before she moved to London to work in films. Her signature role was Gemma Jones in Escape Me Never, a play written for her by Margaret Kennedy. She played Gemma first in London, and then in the Broadway debut and a film version, for which she was nominated for the Academy Award for Best Actress. In 1943, Bergner returned to Broadway in the play The Two Mrs. Carrolls, for which she won the Distinguished Performance Medal from the Drama League.
She is considered by several critics to be the inspiration for the character of Margo Channing in Joseph L. Mankiewicz's classic film, All About Eve. Bergner had a real-life incident about a would-be Eve Harrington when Bergner was performing in the play The Two Mrs. Carrolls (1943). Bergner helped a young actress, and the actress "took over" Bergner's life. Bergner recounted the story to writer Mary Orr, who based a short story "The Wisdom of Eve" (1946) in Cosmopolitan magazine on Bergner's experience.
The character of Dora Martin in the novel Mephisto by Klaus Mann is reportedly based on her.

- "She has your high forehead and delicate profile... her red hair could easily be darkened."  https://books.google.it/books… 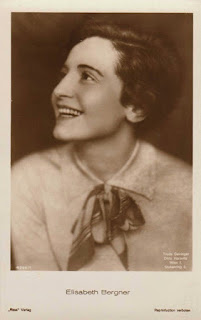 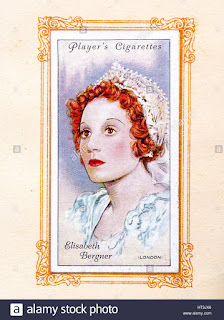