Wil Lou Gray (1883 - 1984). American educator for both children and adults, with her primary focus being on adult literacy.
She observed the issue of adult illiteracy and developed her passion for increasing education among adults. She was elected the supervisor of rural schools in Laurens County and in 1914, opened the first night school for adult education.
Gray, who loved to travel, was once inspired during a trip to Switzerland in 1913. It was there where she saw a teacher on an education field trip with more than 100 boys. This influenced her belief in the importance of field trips for both students and teachers. She would later travel with her students and colleagues to different cities in South Carolina, such as Columbia and Charleston, and even to places like New York and Washington, D.C.
In 1921, Gray founded the Wil Lou Gray Opportunity School, which is still the state of South Carolina's leader in providing alternative education.


- "Gray was described as an 'enchanting child, plump as a cupid, with very fair skin and red curls'."  https://books.google.it/books…

- "They were friends and shared a common hometown, family ties, motherless childhoods, midlife career success, national acclaim at the age of forty-eight and even red hair."  https://books.google.it/books… 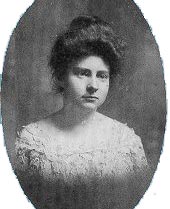