Beulah May Annan (née Sheriff; 1899 – 1928). American suspected murderer. Her story inspired Maurine Dallas Watkins's play Chicago in 1926. The play was adapted into a 1927 silent film (with Francine Larrimore as Roxie Hart), a 1975 stage musical, and a 2002 movie musical (which won the Academy Award for Best Picture), all with that title, and a 1942 romantic comedy film, Roxie Hart (with Ginger Rogers as Roxie Hart), named for the character who Annan inspired.


- "Beulah Annan was known as the “prettiest murderess” for her red hair and fair looks."  https://chicagogsu.wordpress.com/source-material/

- "The image proved irresistible: the thin straight nose, the high cheekbones . . . the gorgeous red hair that rolled off her head like a prairie fire,”  https://nypost.com/2010/08/08/the-girls-of-murder-city/

- "Beulah Annan wore her red hair in a bob."  https://books.google.it/books…

- "With her flaming red hair showing at its best with a fresh trim and marcel, she made a picture which would rival paintings of the famous Titian."  https://books.google.it/books… 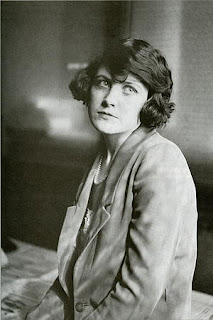