Kitty Marion (born Katherina Maria Schäfer, 1871 – 1944). She immigrated to London from Germany in 1886 and grew to minor prominence singing in music halls throughout the United Kingdom. She became known in the field for standing up for female performers against agents, corruption and for better working conditions. She joined the Women’s Social and Political Union (WSPU) in 1908, engaged in selling their newspaper Votes for Women and became a prominent suffragette in the United Kingdom for her participation in civil unrest protests including riots and arson. As a result, she was arrested many times and is known for having endured 232 force-feedings while on hunger strike in prison. When World War I started, she emigrated to the United States and joined the team on Margaret Sanger’s Birth Control Review.


- "Her father, whose name is not known, abused Marion and hated that she had red hair."  https://en.wikipedia.org/wiki/Kitty_Marion

- "Strikingly beautiful, with blue eyes and a shock of red hair, Kitty Marion didn’t look like the Brooklyn Daily Eagle‘s version of the “martial militants"..."  https://time.com/55428…/kitty-marion-suffrage-birth-control/

- "The book tells the story of red-haired Kitty Marion..."  https://emilyjessicaturner.com/…/review-death-in-ten-minut…/

- "Passersby couldn’t ignore her energy and verve for the movement, much less her bright blue eyes and fiery red hair."  https://sangerpapers.wordpress.com/…/kitty-marion-a-champi…/ 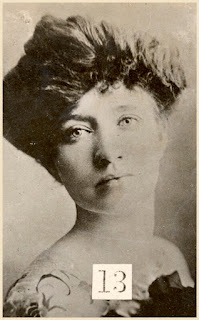