Joel Chandler Harris (1848 – 1908). American journalist, fiction writer and folklorist, best known for his collection of Uncle Remus stories.
Harris led two professional lives: as the editor and journalist known as Joe Harris, he supported a vision of the New South with the editor Henry W. Grady (1880–1889), stressing regional and racial reconciliation after the Reconstruction era. As Joel Chandler Harris, fiction writer and folklorist, he wrote many 'Brer Rabbit' stories from the African-American oral tradition and helped to revolutionize literature in the process.


- "Practical jokes helped Harris cloak his shyness and insecurities about his red hair, Irish ancestry and illegitimacy, leading to both trouble and a reputation as a leader among the older boys."  https://en.wikipedia.org/wiki/Joel_Chandler_Harris

- "At thirteen Joel Chandler Harris, the chronically shy, red-headed illegitimate son of an Irish day-laborer, left the home he shared with his impoverished mother and began his to-be-illustrious career as a typesetter's apprentice on a plantation newspaper near Eatonton."  https://georgiawritershalloffame.org/h…/joel-chandler-harris

- "With his ragged red hair, freckled face, and heavy stutter, he often just sat and listened to some unusual, entertaining tales he never had heard before."  https://www.toledoblade.com/…/the-forgotten-author-joel-cha…

- "During his later Atlanta years, Harris may have decided that his carrot-red hair was no longer a fit subject for jest."  https://books.google.it/books… 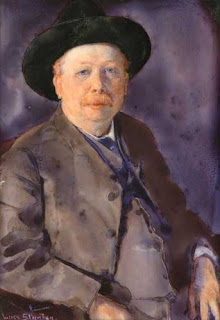