Charles Austin Beard (1874 – 1948). American historian. His works included a radical re-evaluation of the founding fathers of the United States, who he believed were motivated more by economics than by philosophical principles. Beard's most influential book, An Economic Interpretation of the Constitution of the United States (1913), has been the subject of great controversy ever since its publication. While frequently criticized for its methodology and conclusions, it was responsible for a wide-ranging reinterpretation of American history of the founding era. He was also the co-author with his wife Mary Beard of The Rise of American Civilization (1927), which had a major influence on American historians.


- "Tall, with red hair and striking blue eyes, daring and controversial, 'in grave moments [his appearance] could give him the aspect of a worried eagle'..."  https://books.google.it/books… 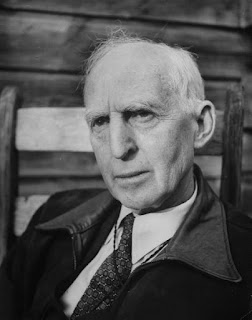