Olga Petrova (1884 – 1977). British-American actress, screenwriter and playwright.
Born Muriel Harding in England, she moved to the United States and became a star of vaudeville using the stage name Olga Petrova. Petrova starred in a number of films for Solax Studios and was Metro Pictures first diva, usually given the role of a femme fatale. During her seven years in film, Petrova appeared in more than two dozen films and wrote the script for several others. Most of her films are now lost.
Petrova left the film industry in 1918 but continued to act in Broadway productions. During the 1920s, she wrote three plays and toured the country with a theater troupe.

- "... the red-haired actress took the advice of an agent and reinvented herself as Olga Petrova..."  https://books.google.it/books…

- "Her ferociously red hair and enormous chest gave a certain credibility to her claims."  https://broadway.cas.sc.edu/content/olga-petrova

- "A British theatrical booker suggested that with her red hair and regal looks she should choose a stage name."  https://books.google.it/books… 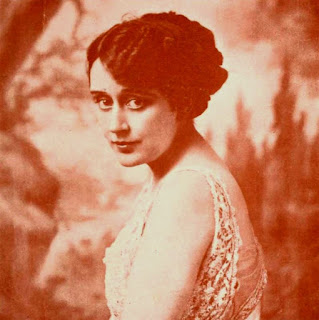 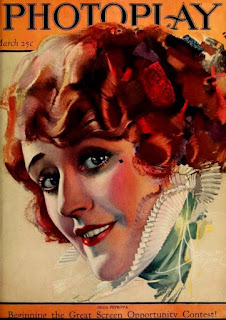