Marion Cuyjet (1920 – 1996). Pioneer in dance education in Black Philadelphia.
Prior to the Civil Rights Movement, African American students of dance were not allowed to join classical ballet classes in Philadelphia. Cuyjet, however, with her fair-skinned complexion was able to enroll at the Philadelphia Ballet Company, which did not admit black students at that time, and studied there until her identity was revealed after a performance.
While at the Dorsey school Cuyjet became close with another student, Sydney Gibson King, with whom she opened the Sydney-Marion School of Dance in 1946, which led to the forming of their own schools shortly after.


- "Her teacher, Marion Cuyjet “had red hair, white skin and green eyes and she was as black as you and me..."  https://news.library.virginia.edu/…/history-maker-of-the-w…/

- "This was the first black woman to be able to rent space in downtown Philadelphia, because she had green eyes, white skin and red hair."  https://mobballet.org/…/sydney-king-and-marion-cuyjet-two-…/

- "As an African-American woman with green eyes, light skin and red hair, Cuyjet used her ability to “pass” to teach young black children who would otherwise be barred from formal instruction."  https://www.anisfield-wolf.org/…/judith-jamison-on-persist…/ 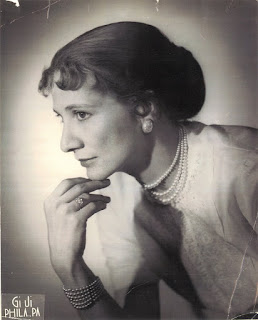