Henry George (1839 – 1897). American political economist and journalist. His writing was immensely popular in the 19th century, and sparked several reform movements of the Progressive Era. His writings also inspired the economic philosophy known as Georgism, based on the belief that people should own the value they produce themselves, but that the economic value derived from land (including natural resources) should belong equally to all members of society.
His most famous work, Progress and Poverty (1879), sold millions of copies worldwide, probably more than any other American book before that time. The treatise investigates the paradox of increasing inequality and poverty amid economic and technological progress, the cyclic nature of industrialized economies, and the use of rent capture such as land value tax and other anti-monopoly reforms as a remedy for these and other social problems.
The mid-20th century labor economist and journalist George Soule wrote that George was "By far the most famous American economic writer," and "author of a book which probably had a larger world-wide circulation than any other work on economics ever written."
He was the father of Anna George and the grandfather of Agnes de Mille.


- "He was born there September 2, a first child – a strong, blue-eyed red-haired boy, baptized as “Henry” . https://earthsharing.org/…/category/uncategorized/page/186/…

- "The children old enough to work got jobs, and Henry of the red hair and freckles found a place as printer's devil at two dollars a week."  http://www.wealthandwant.com/docs/Hubbard_LJ_HG.htm 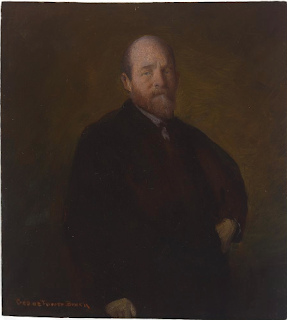