Henry Robinson Luce (1898 – 1967). American magazine magnate who was called "the most influential private citizen in the America of his day". He launched and closely supervised a stable of magazines that transformed journalism and the reading habits of millions of Americans. Time summarized and interpreted the week's news; Life was a picture magazine of politics, culture, and society that dominated American visual perceptions in the era before television; Fortune reported on national and international business; and Sports Illustrated explored the world of sports. Counting his radio projects and newsreels, Luce created the first multimedia corporation. He envisaged that the United States would achieve world hegemony, and, in 1941, he declared the 20th century would be the "American Century".


- "What was left of his pale red hair was copious and curly."  https://books.google.it/books… 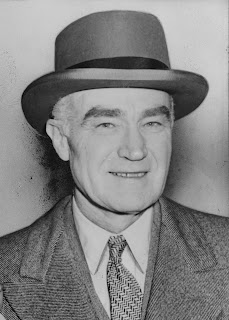