Sabrina Bicknell (1757 – 1843), better known as Sabrina Sidney. British foundling girl taken in when she was 12 by author Thomas Day, who wanted to mould her into his perfect wife. Day had been struggling to find a wife who would share his ideology and had been rejected by several women. Inspired by Jean-Jacques Rousseau's book Emile, or On Education, he decided to educate two girls without any frivolities, using his own concepts.
The experiment failed and Sidney married John Bicknell, who told her the truth about Day's experiment. After Bicknell's death, she went on to work with schoolmaster Charles Burney, managing his schools.
Sidney's education has been compared to George Bernard Shaw's Pygmalion, which may have been inspired by her story. Strong parallels have also been drawn between Sidney's upbringing and two novels of 1871: Henry James's Watch and Ward, and Anthony Trollope's Orley Farm.

- "Bicknell chose a slender, pretty, twelve-year old girl with dark eyes, auburn hair and a pleasant voice, named Ann Kingston. [...] Ann Kingston was renamed Sabrina Sidney. "Sabrina" was the Latin name for the River Severn, which flowed through Shrewsbury, while her surname, Sidney, was given to her in honor of Day’s hero, the seventeenth-century Whig patriot and martyr, Algernon Sidney." https://regencyredingote.wordpress.com/…/sabrina-sidney-bi…/

- "There Day selected a auburn-haired twelve-year-old girl ‘of remarkably promising appearance,’ and took her home, naming her Sabrina Sidney after the republican politician Algernon Sidney."  https://webcache.googleusercontent.com/search…

- "Edgeworth describes Sabrina at thirteen as having a lovely face and curly auburn hair..."  https://books.google.it/books… 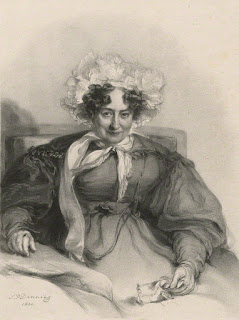