Aylett C. "Strap" Buckner (1794?–1832). Filibuster, Indian fighter, colonist and folklore hero of colonial Texas, was the son of Aylett and Elizabeth (Lewis) Buckner of Louisa County, Virginia.
Buckner became one of Austin's Old Three Hundred settlers when he received title to one sitio of land on July 24, 1824, and two labores on August 24, 1824, all later in Matagorda County. In the summer of 1824 he was probably among those sent by Austin to make a treaty with Waco and Tawakoni Indians near the site of present Waco.
He was in command of an attack against the Karankawa Indians at Live Oak Bayou in 1831, and in 1832 he led a company of volunteers from the area of present Fayette and Matagorda counties at the battle of Velasco. There, on June 25 or 26, 1832, he was killed.


- "Red-headed, of Irish and Scottish ancestry, he was supposedly nicknamed "Strap" because of his prodigious size and strength... the Indians, impressed by his strength, reportedly nicknamed Buckner the "Red Son of Blue Thunder."  https://talltalehero.weebly.com/aylett-c-strap-buckner.html

- "It wasn't easy to like Strap Buckner, even though he was a nice fella, a big fella with a whole lotta reddish color hair and a red beard to match."  http://www.texasescapes.com/…/Strap-Buckner-Tallest-of-Tall…

- "Aylett C. Buckner was a man of giant stature with a freckled face and a head of heavy hair “as red as a flame”.  http://www.fayettecountyhistory.org/founders_park.htm

- "Virginia gave us another folk hero in Aylett C. Buckner, nicknamed Strap apparently because of his size. He was a red-haired giant."  https://www.houstonchronicle.com/…/Imagine-if-old-time-Texa… 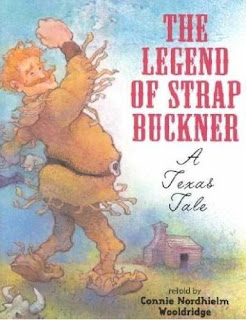