Livia Svevo (born Veneziani, 1874 - 1957). Wife of Italian writer and novelist Italo Svevo (born Aron Ettore Schmitz, 1861 – 1928), who is considered a pioneer of the psychological novel in Italy.
They married in 1896 and Italo Svevo became a partner in his wealthy father-in-law's paint business that specialised in manufacturing industrial paint that was used on naval warships.
Svevo left Trieste's Jewish community to marry Livia Veneziani in a civil ceremony. Soonly after, Livia convinced him to convert to Catholicism and take part in a religious wedding (probably after a troublesome pregnancy). Personally, however, Svevo was an atheist.
The character of Anna Livia Plurabelle in Joyce's Finnegans Wake is based on Livia Svevo.


- "... the complex image of the Liffey as Livia Svevo's beautiful red hair..."  https://books.google.it/books…

- "Joyce told an Italian journalist that Livia had given both her name and her long reddish-blonde hair to the heroine of Finnegans Wake..."  http://peterchrisp.blogspot.com/…/a-photo-of-anna-livias-ha…

- "Anna Livia is the River Liffey, and also a woman, partly modelled on Livia Svevo, the red-haired wife of the novelist Italo Svevo."  http://peterchrisp.blogspot.com/…/a-book-in-brown-paper.html 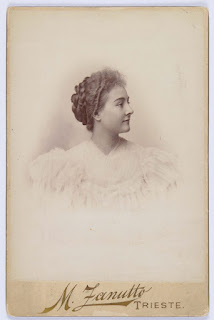 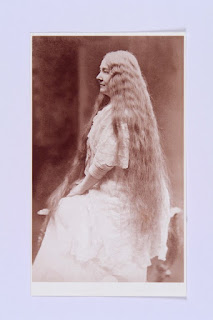