- "It is said that William Barret Travis was tall--six feet or more--and fair, with dark, curley red hair.According to one writer, he had what the Mexicans came to call "blue-grey killer's eyes."  https://www.genealogy.com/forum/surnames/topics/travis/125/


- "The reasons this handsome red-haired young South Carolina native who was practicing law in Alabama left his pregnant wife and young child to move to Texas in 1831 has been the subject of fruitless speculation and legend."  http://www.lone-star.net/mall/texasinfo/travis.htm

- "Possibly, it was his red hair which made people think he was too youthful to have had any life..."  https://books.google.it/books… 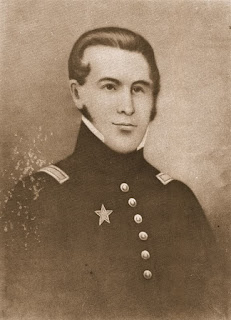