Randal William McGavock (1826–1863). American lawyer, Democratic politician, Southern planter, and colonel in the Confederate States Army. He served as the Mayor of Nashville, Tennessee from 1858 to 1859.

- "His red hair was the pride of both families which boasted of red-haired men with ruddy Scotch-Irish complexions."  http://www.tennessee-scv.org/Camp1713/rwmbio.htm

- "A fourh generation Southern American of Scott-Irish descent who was tall, handsome, and with red hair."  http://10thtennesseeco.a.tripod.com/id5.html 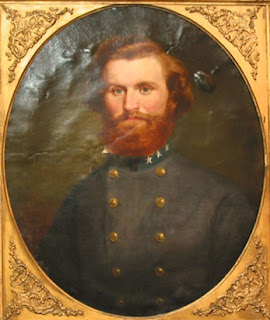