Uzi Narkiss (1925 – 1997). Israeli general.
Narkiss was commander of the Israel Defense Forces units in the Central Region during the 1967 Six-Day War. Narkiss appears in the famous photograph of Defense Minister Moshe Dayan flanked by Chief of Staff Yitzhak Rabin and himself, taken in the Old City of Jerusalem shortly after its capture from Jordanian forces in the war. 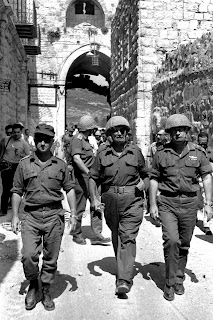 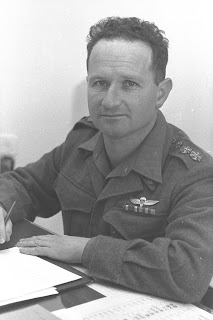