Helene Bertha Amalie "Leni" Riefenstahl (1902 – 2003). German film director and actress.
In the 1930s, she directed the Nazi propaganda films Triumph des Willens ("Triumph of the Will") and Olympia, resulting in worldwide attention and acclaim. Her involvement in Triumph des Willens, however, significantly damaged her career and reputation after the war. The exact nature of her relationship with National-Socialist Party leader Adolf Hitler remains a matter of debate.
After the war, Riefenstahl was arrested, but classified as being a "fellow traveler" or "Nazi sympathizer" only and was not associated with war crimes. Besides directing, Riefenstahl released an autobiography and wrote several books on the Nuba people.


- "Leni Riefenstahl, lovely red haired German actress and friend of Adolf Hitler, aknowledging the ovation of the crowd at the Cinema Pavillion at the paris Fair recently."  https://www.gettyimages.ca/…/paris-france-leni-ri…/515163192

- "Of course we'll never know for sure whether Hitler had a crush on the red-haired dancer-skier-actress..."  https://books.google.it/books… 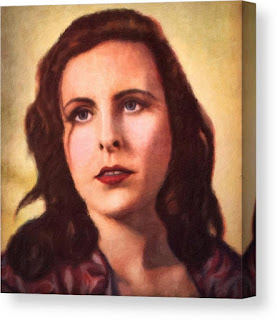 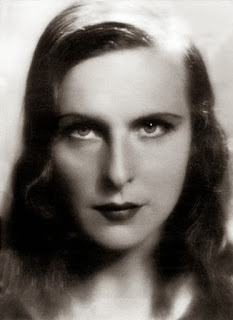