James Vincent Sheean (1899 – 1975). American journalist and novelist.
Sheean's most famous work was Personal History (New York: Doubleday, 1935). It won one of the inaugural National Book Awards: the Most Distinguished Biography of 1935. Film producer Walter Wanger acquired the political memoir and made it the basis for his 1940 film production Foreign Correspondent, directed by Alfred Hitchcock.
He served as a reporter for the New York Herald Tribune during the Spanish Civil War and managed to be present at some of the most important events of that time. He toured China, where he met Madam Sun Yatsen during the early days of the Communist revolution, and Rayna Prohme, a member of the American Communist Party, and they crossed the Soviet Union, where he sympathetically witnessed the unfolding of Bolshevism. Sheean saw the Palestinian uprising in Jerusalem in 1929, as well as later the German reoccupation of the Ruhr Valley and the Italian conquest of Ethiopia.
He translated Ève Curie's biography of her mother, Madame Curie (1939), into English and wrote a controversial biography of Dorothy Thompson and Sinclair Lewis, Dorothy and Red (1963).

- "In those days he was a red-haired,freckled, handsome youth whom the girls liked very much."  http://webcache.googleusercontent.com/search…

- "Red-haired and freckled, Vincent—as he was known—was a bookish child and absorbed himself in studying German and French." http://usgerrelations.traces.org/vincentsheean.html 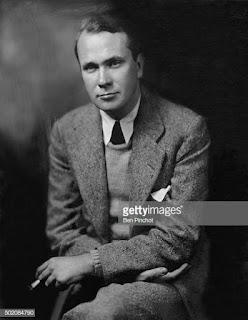