Alexander Turney Stewart (1803 – 1876). Irish entrepreneur. He made his multimillion-dollar fortune in what was at the time the most extensive and lucrative dry goods business in the world.
He had extraordinary skill in business and by 1848 he had built a large marble-fronted store on Broadway between Chambers Street and Reade Street, which was devoted to the wholesale branch of his business, and the largest retail store in the world at that time. Stewart also had branches of his company in different parts of the world and owned several mills and factories. Stewart had an annual income of US$1,843,637 in 1863 (equivalent to $30.3 million in 2018). His business success is estimated to have made him one of the twenty wealthiest people in history as of 2007, with a fortune equivalent to approximately US$90 billion in 2012.

- "He was a small man with thin red hair and beard and a mild unassuming manner that belied his hard-driving business acumen."  https://webcache.googleusercontent.com/search…

- "Stewart, a Scots-Irish immigrant with flaming red hair, had become one of the wealthiest businessmen in America..."  https://books.google.it/books… 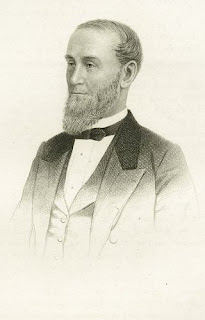